US Release and tour news

The Latebirds are happy to inform you that our new album Last Of The Good Ol’ Days will be available in North America on Aug 30 through Second Motion Records/Redeye Distribution. We will be touring in the US + Canada extensively this fall. We will announce tour dates shortly – keep posted!

The Latebirds have landed in TX. Multiple shows lined up during SXSW. Check our live-page for updates and Facebook for posts!

The Latebirds to play Eurosonic in Groningen, NL

The Latebirds wish everyone a happy 2011! We will kick of the year by appearing at the Eurosonic Festival in Groningen in the Netherlands on Thu Jan 13. The showcase will be at the Spieghel (Peperstraat 11, Groningen) at 8:45pm. See you there!

The Latebirds will play 3 more dates in Finland before the holidays. They will join Swedish rockers The Soundtrack Of Our Lives in Tampere, Turku and Helsinki.

New album out in Scandinavia! 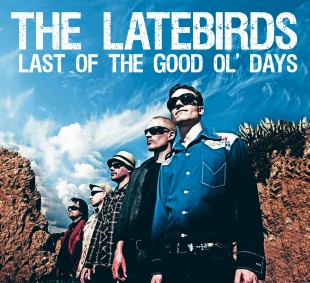 Our new record is in stores now! Check out our new tunes at Myspace.